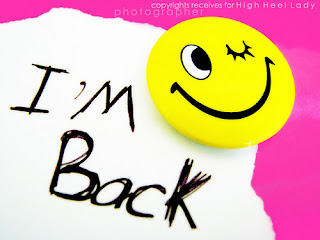 Oh my goodness…  It feels sooo good to be back!!!! I am very sorry for the hiatus, I was doing 15+ hour days with school and work.  But I am back and better than ever.  I am  a licensed esthetician doing what I am super passionate about, I couldn’t be happier!
So the first thing I decide to do after getting my life figured out, blogging!!!!  How much I have missed it!!  But trust me, all my good advice hasn’t been doormat. I have been told a few times recently that I should write a book or teach a class. I think I’ll just go back to my small followers on this :)…
I have so much going on in my head I don’t even really know to put it all to words!  In my hiatus, I  fell in love, had my heart broken, fell in lust, fell out of lust, had fun and now I am with a man who not only makes me the happiest person, he will also be surely helping me provide material for this blog….We have  a lot of history(side info, we met 2 years ago…for him he says it was love at first sight but yet  our timing never worked out the way we wanted, finally our stars have aligned).
In my hiatus I have learned a lot, and I am ready to share my info with you.
What is up and coming:
~Contests
~New formats
~Weekly skin tips as well as my Monday quotes  to get you through the week
~Guest writers
~Much, much more
I have more time and new found perspective to being able to write this, I hit a road block because I really wasn’t thinking I was writing to anyone.  But then I was found on facebook by a women who completely  changed my outlook and has give me inspiration to know that at least one person has and will be affected by this blog. (I am hoping one of  these posts she will be writing as a guest writer about her experience).  Overall she read my blog and is now pledging my sorority  AOII  at Purdue University. I thank her for renewing my inspiration to write my blog.  I thank her and you can thank her too, because there is more to come!!

Ok, where to start. When venturing into a long distant relationship there are many, MANY scenarios you could find yourself in:
Scenario 1:
You are in a serious committed relationship for 2+ years(this is important because of the “1 year itch”)
Scenario 2:
Been together for 1-2 years, with talks of Marriage
Scenario 3:
Been together for 1-2 years, without talks of marriage, or living together
Scenario 4:
0-12 months in the fun stages and just learning about each other
Scenario 5:
0-12 months and have talked about everything including love, future and life.

Depending on what scenario you find yourself, it gives different ways of handling the long distance. Those in scenario 1 are more likely to have a hard time than those is other scenarios, the way I see it, you squeaked by on the 1 year itch, for those of you who don’t know, the 1 year itch is where some relationships fail, about 1 year if they feel suffocated or have become to much into the relationship and lost touch with not relationship stuff.
If you compare scenario 5 and 1, the likelihood of success lies in scenario 5. Think of it this way, in scenario 5 you haven’t gone through enough of a routine to feel empty with them being gone, instead you get to still have your single-hood(when I say single, I most certainly do not mean being with other lovers, I mean working on yourself as a person, you can’t be a good pair if you are not a good individual) whilst working on the most important part of a relationship, communications. Because in scenario 5 you still have the infatuation with the concept of future with out the possibility of boring day to day issues. Doing LDR after realizing you are with your soul mate, you have the chance to fall in love with their mind and communication. Because when your looks go, and things become old, all you have left is the way you communicate. It is said that people rush into marriage, doing LDR is away to avoid that. I believe being successful in a LDR is being independent, understanding, descriptive, faithful, open, trustworthy, and a little dorky. I’ll go into the dorkiness a little later(it helps with showing how you think of them and that you are thinking of them)

Bottom line, if you want it, it will work. You just have to be truthful and upfront with what you want exactly both in your heart and to your love. No sugar coating, no hoping you will feel different later on. Worst feeling from LDR’s can be the feeling of wasted time, or feeling like you were a holding space until something better came along. In the end, love never fails. 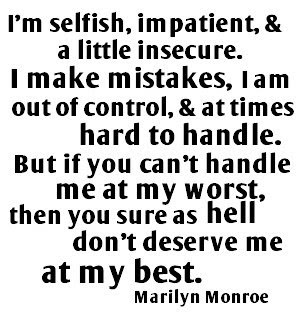 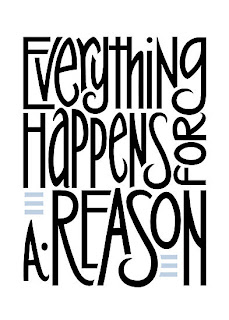 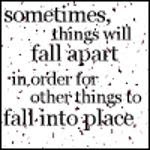 When you feel like things are crumbling around  you and you can’t help but stand idly by, some see that as rock bottom.  It is most certainly NOT  rock bottom… it is purely  just a challenge…  It is like doing that last set of crunches after going WELL above your normal.  It is what you do with stress or complications that define you as a person, not the stresses or issues. I think to many people are worried about asking for help or even receiving help because of the perception of weakness, really it just means you are a team person that knows they are not to finish such a challenge alone.  Sometimes life throws the big things at you that makes you realize you need certain people in you life. Everything should and will make you appreciate what you have been dealt. With going into a field that I am soooooo strongly passionate about I only want to be the ABSOLUTE  best I can be.  Unfortunately  it is not very easy because I don’t know everything yet.  So I  do get frustrated when the answers don’t come to me or when I have a challenge that I should know once I get experience.  This can be transpired  to a lot things people run into in the world of challenges. Just because you don’t know what to do now, doesn’t mean you will not know  the next time.  I knowwwww…. It is SO cliche’ but you really do learn from mistakes, and honestly  if that mistake happened again you would know exactly what to do….  but lets be honest…  that mistake isn’t going to happen again….lol
Bottom line if you have a challenge or a hurdle… ASK FOR HELP…. your friends, your TRUE friends will help  you.  You do not need to worry about being judged  because those who love you will not and those who judge you, don’t matter. 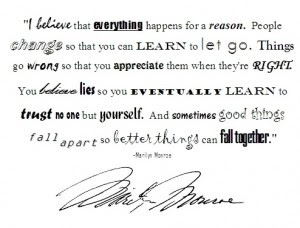 Let us be  clear, change sucks, no matter what it comes from or how small  it is. 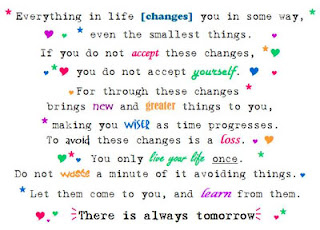 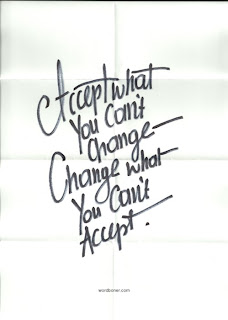 The littlest change can throw anyone off,  it doesn’t mean that you are forever altered,  it just throws a wrench in the day  or event sildentadal.com.  Like  not getting your usual  coffee, or not get the phone call you are use to.  To bigger changes of not having a person  around when you need them most.  It is how a person deals with them that makes them strong.   So weather you have a moment change  of a trafficy  day to not having someone in your life….  what you  do with it defines you, not the lack of them  or things. 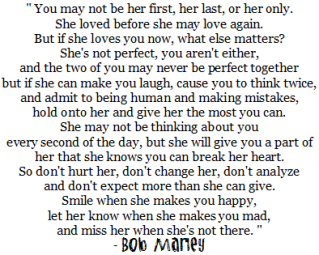 Easier said than done most of the time right?   If you have a passion for something even the littlest thing can make you feel crazy.  Any where from a simple image not turning out the way you wanted it to, to the god awful words of “we need to talk” and not having the time to talk after.   But honestly  in situations like this  I tell myself, things that are meant to work will work out….if it isn’t then its only a matter of time…  But that doesn’t mean you shouldn’t fight for what you want most! So instead of worrying, figure it out and figure out what you should do next that makes you the most happy.  You should after all be making yourself the happiest you can be.  Worrying about the little things are not going to be best achieving that….think that way!!! 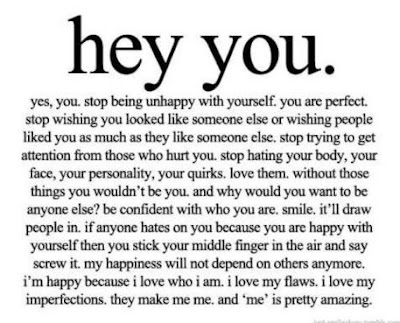